We will be closing down the ticketing service as of June 29, 2021. Existing EventChain organizer please read our notice.
Read Notice
Skip to content
Menu

Zoom video conferencing app has become one of the most popular tools in staying in touch for a world increasingly in isolation during the covid-19 pandemic. An often used tool in both professional meetings and personal communications. However, if your looking for alternatives, here’s a list of a few other tools for video conferencing.

It’s also worth noting that while most of these have free versions, some are offering trial access to additional features for those who are currently working from home or who want to communicate with family and friends.

The following list includes more generalized applications that allow you to participate without having to actually register for the app (unless you’re the host).

Google Hangouts is still around and can be used for text, video, or audio conference from any device with a microphone and camera.

Getting started with Google Hangouts is as easy as signing up for a Gmail account. Once your account is setup, just sign in to begin using your new, free, powerful conferencing tool. You can have up to 10 people on a video or audio conference call and 150 people in a text chat.

Be advised, in order to text or video call using Google Hangouts, the party you’re trying to reach must also have a Gmail account. However, if you’re looking for audio-teleconferencing, simply register a phone number and you’re good to go. As long as you have a microphone you can call any landline or mobile phone from the device you’re using for free.

Skype is one of the most well-known conference calling solutions since the beta was released in 2003. Its Meet Now feature (which is accessed by choosing the “Meet Now” button on the left side of the app) allows videoconferencing; according to the website, the maximum number of participants can vary, depending on your platform and device. 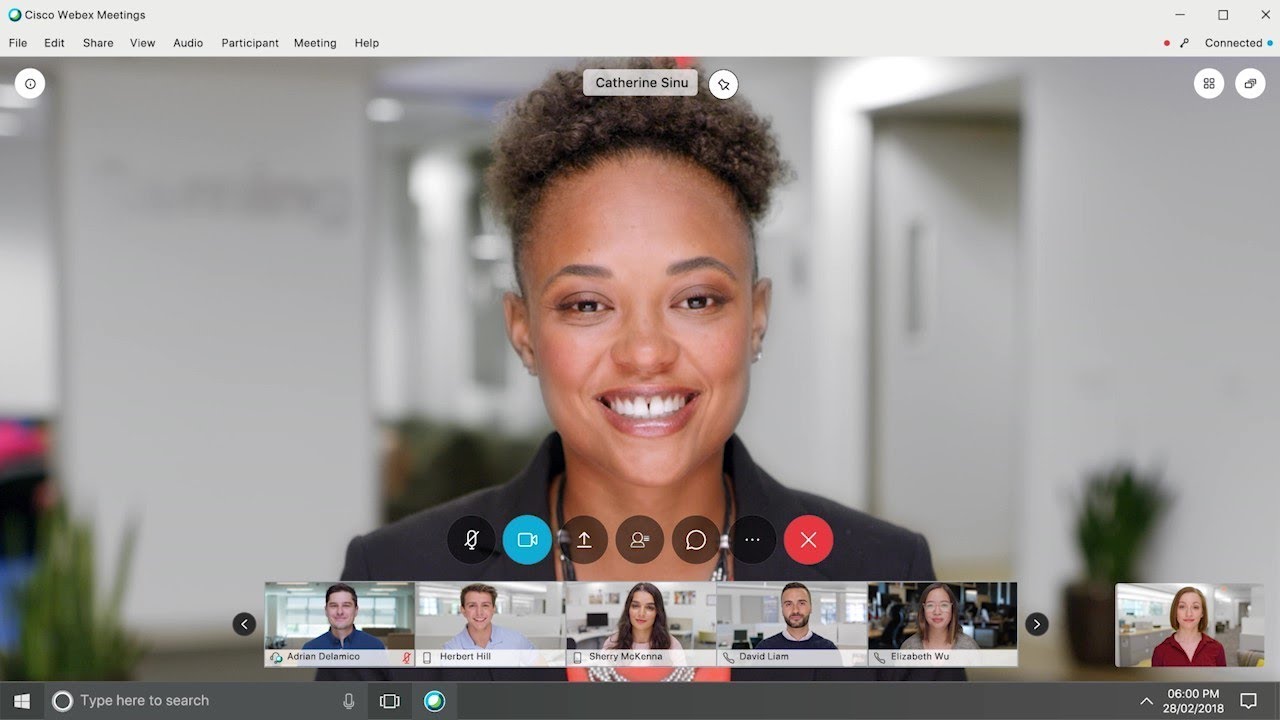 Webex is a videoconferencing app that has been around since the ‘90s; it was acquired by Cisco in 2007. While it’s been mainly known as a business application and continues to focus on serving companies, it does have a fairly generous free version that’s worth checking out. For the current emergency, it has widened the features of the freemium version from 50 to 100 participants, gotten rid of the 40-minute limit on meetings, and added call-in abilities.

Jitsi Meet is an open-source platform that lets you easily meet online by simply navigating to the site and clicking on “Go.” If you’re more technically inclined, you can build your own via Jitsu Videobridge, but most people will be happy with the quick web version, which offers many features found in more well-known apps, such as chat, session recording (to Dropbox), and the ability to “kick out” unruly participants. 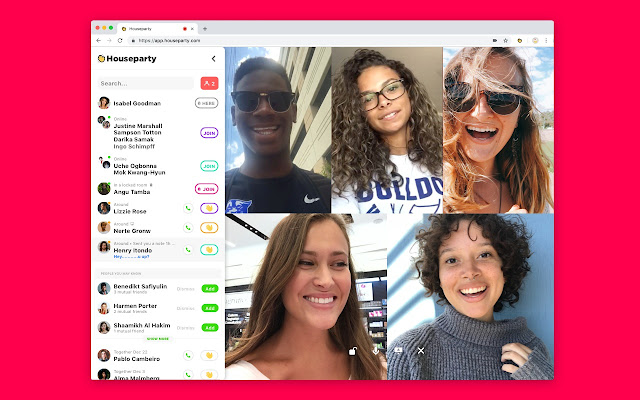 A popular consumer app that lets up to eight people use a virtual room to chat. In fact, anybody can drop into a friend’s online session without an invitation (although you can “lock” your room to prevent intruders). However, it does demand that all participants register in order to use it — and registration includes your name, email address, birthdate, and phone number. So we didn’t include it among our recommendations.

Many of us use Slack and Microsoft Teams, which also have video meeting features. If you’re wondering whether you can use a free version of Slack or Teams to host a video chat, here’s some info:

Slack is mainly set up for text chat (and is in the process of rolling out a new design), but it does give you the ability to make voice and video calls as well. If you’re on the free version of Slack, you can make a video call to an individual. But if you want to host a meeting between several people, as opposed to a one-on-one conversation, and want to do it for free, you’ll need to look for an alternative.

Microsoft Teams was obviously built as a competitor to Slack. Because it’s part of the Microsoft ecosystem of applications, it’s a good idea if you want to, say, collaborate on various Office documents, and it offers videoconferencing features. Currently, Microsoft is offering educators and those paying for G Suite the chance to use Office 365 E1 free for six months. Individuals who just use Gmail or other free apps are routed to Skype.

Top 10 Tools for Creating Joy and Connection through Virtual Events